Free Tips on how Engineers can adopt DevOps practices

According to a recent survey, automation is the most important factor when it comes to effective software development. This is due in part to the fact that it allows for more efficient and accurate workflows.

Employers are searching for employees who can innovate and come up with new ideas, rather than employees who adhere to traditional methods of engineering. The best way to stand out from the competition is to be creative and innovative when working on projects. This will show that you have what it takes to be a successful engineer in today's market.

Engineering is a way of solving complex problems using skills and knowledge. Engineers use these skills and knowledge to create solutions for various challenges that they may face. This can include anything from designing new products to improving the efficiency of existing ones.

The need to transition to emerging technologies for future jobs is the most important aspect of engineering. Engineers are at a disadvantage when competing for jobs because their skills don't have as much of an impact as those in other professions. They are taking on new work challenges as the transition to a new technology-driven economy progresses. Furthermore, they are facing job saturation and unemployment due to the influx of technology into the workplace. However, many engineers feel reluctant to learn new skills, unlearn old ones, and relearn how to do them all again.

Engineering is one of the most popular and respected professional disciplines, but a majority of engineers are not doing jobs in their respective fields. This lack of employment leads to a loss of respect in the rapidly changing world, which we need to address by looking into the engineering curriculum and its problems.

Connection of Engineering with DevOps

DevOps is a continuous workflow of software development and IT operations. Automation has become an essential part of engineering, and its role is growing increasingly complex. Machines are becoming more efficient, eliminating the problems of human inefficiency as they have been built to reduce human effort in the past, but now they are evolving so that they can take over a major portion of the workforce.

Engineers have a deep connection to emerging technology. Machines have been built and operated manually for a long time, but now they are being replaced by software that does the same thing automatically. A computer program can be used to carry out a task automatically. With the push of a button, the program can start carrying out the task and complete it without any input from the user.

Many enterprises are using embedded technology to build machines that can sense and respond to changes in the environment. Software and hardware integration requires skills and knowledge. Automation is set to displace a major chunk of the workforce, so it's important for engineers to develop skills in scripting languages and software development from scratch. This will help them stay ahead of the curve and keep their jobs.

They are known for their expertise in moving mechanical parts of a machine. If we highlight the transitioning scenario of an internal combustion engine, it would be easy to understand how software engineers used codes to optimize and improve the efficiency process in the automotive industry.

Software allowed the engineers to analyze data from the engine to identify problems and fix them. This made troubleshooting easy. As of now, we can see self-driving cars and also electric car technology transitioning to become the new norm. The electrical cars run on a computer-generated code.

If you're looking to get a high-paying job in the tech industry, learning DevOps is a good idea. DevOps involves using automation tools to improve processes and help manage data. This knowledge can help mechanical engineers work on technologies that are important to the tech industry, such as cloud computing and artificial intelligence.

Aircraft are controlled manually by a pilot in the early days of aviation. The system relied heavily on control switches, and handling of the aircraft was solely the responsibility of the pilot. With the advent of technology, an autopilot system came into existence that does not require a pilot to control and steer the aircraft. Pilots are no longer the only people who need to be qualified to fly a plane.

The autopilot is programmed to provide visual confirmation of aircraft transition from manned to unmanned operations. Python is now a required language for aerospace engineers in order to optimize and analyze the aerodynamics of an aircraft. Different software can be used to help them build and analyze the aerodynamic and structural aspects of a model aircraft, as well as identify the optimal flight controls and profiles.

Electrical engineering is a rapidly-growing field that has recently transitioned into electronics engineering, where the software code governing all of the systems associated with it is important. Digitized systems are more efficient and accurate than manual systems, which can be time-consuming and error-prone. Automating the process of machining using code means that we can reduce human inefficiencies.

Manual methods were once used by assembly plant engineers in order to control the end-to-end process. As technology advanced, it became easier for systems to be integrated together. This created a whole new system of automation.

Enterprises and small businesses are increasingly using computers and sensors to control the flow of processes. The coding process used to manage the dynamic flow of the integration sequence allowed engineering teams to use data from machines to analyze and evaluate all the critical aspects of the integration process.

Different materials engineers use different software systems to code how they want to test certain properties of a material. The software systems are tools that help the engineering team to make use of data analytics provided by the use of code.

As machines evolved to make human efforts less necessary, software aspects of these machines became more and more prominent. With 3D printing, the use of code instructions to create a certain structure with reduced errors and in minimum time is at the forefront. AutoCAD and Ansys are helpful software programs that can save time and money.

Engineers are increasingly using software to design and build smart structures and homes. This technology allows for increased efficiency in the construction process, as well as the ability to better understand how a building functions. 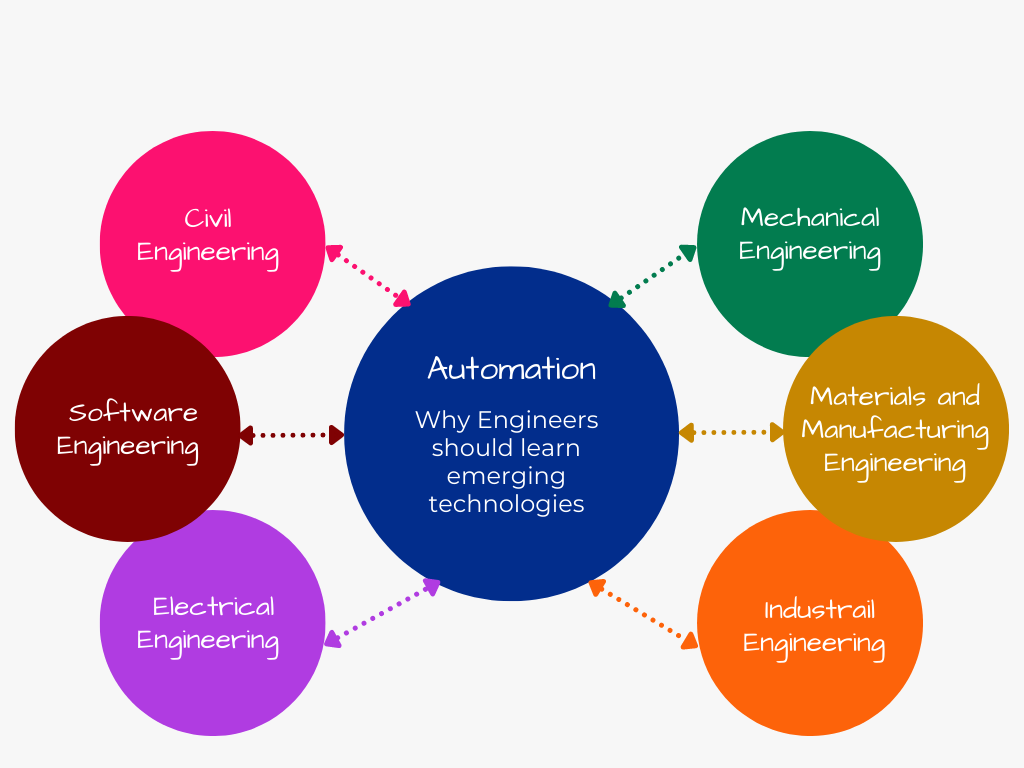 Why DevOps is important

One way that engineering solutions use software-based methods is to improve and evaluate their procedures. This can include using software to create models or simulations of the system, analyzing data collected from tests or experiments, and creating documentation to help improve the reliability and efficiency of the process.

By automating the processes and systems, time is saved and efficiency is improved; this results in reduced costs as well. This provides an optimal solution through the use of codes.

As the usage of technology continues to grow, hardware requirements for machines are increasing on a day-to-day basis. Cloud computing removes the worry of upgrading hardware and associated costs, providing data analytics tools and support.

The company uses code as its foundation to manage its operations; In addition, it also relies on coding language to run its day-to-day operations. Cloud computing allows organizations to move with flexibility and agility when it comes to their engineering processes. Automation allows engineers to focus on innovation, rather than having to fix other manual issues.

Businesses and enterprises must grapple with the fact that some technological aspects are simply unavailable to them. Cloud computing is a model of providing services over the internet. It allows users to access applications and data from anywhere, which can solve many problems that would otherwise be difficult or impossible to solve.

Cloud computing has become an increasingly popular solution for many different tasks due to its convenience and flexibility.

An opportunity to learn DevOps and Cloud Computing

Higher educational institutions are not providing enough vocational-based programs to meet the needs of the changing job market. Many professionals and students in various disciplines are looking for ways to get more experience with emerging technologies, like DevOps and Cloud Computing.

The future of work is characterized by rapidly evolving technology that is constantly digitizing. Cyber security is a complex and rapidly evolving field that requires knowledge in machine learning and data science. Without these skills, you will have difficulty succeeding in this field.

All the latest technologies are incorporated into an economically efficient state of the art self study platform, which is helpful for students and professionals in any field to attain a high paying job.

LinkedIn is a social media site where professionals can post job openings and search for jobs that match their skills and interests. According to LinkedIn, there are more than 306000 globally related to DevOps. Many high-paying jobs require the same level of hands-on expertise as taught on this platform. Since all of the study tracks offered here have a LinkedIn course, you can use it effectively for your research and professional networking.

IELTS is a common international English language testing program that allows students to improve their English skills. It is also integrated into the coursework so that you can continue learning and expanding your vocabulary while abroad in the United Kingdom or European Union.

Migration to the United Kingdom is on the rise, with students who obtain a degree from there typically receiving a two-year work visa upon graduation. The skills you need to do a field-oriented job are essential for success.